Thriller Thursday: The Courtesy Due My Rank, a Civil War Murder 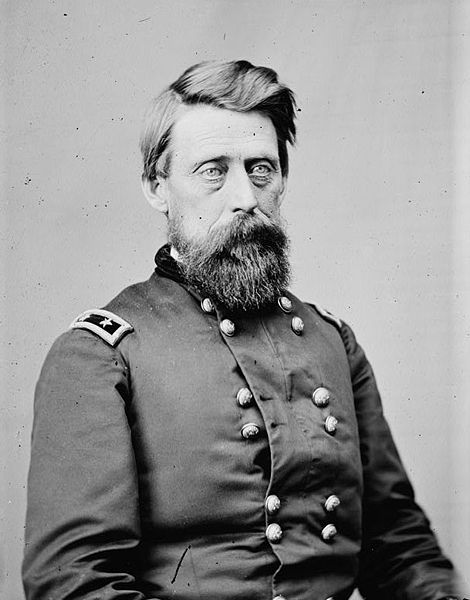 General Davis, Circa 1862.
Along with my love of suspense, true crime, and thrillers, Civil War history is another favorite, so today we’re talking about a Civil War murder committed by Jefferson Davis.
No, not THE Jefferson Davis, the one and only President of the Confederate States of America, but Jefferson C. Davis, an officer in the United States Army. Davis served in the Mexican-American War, the Civil War, and the Modoc War. A proven soldier, Davis was inside the walls of Fort Sumter in 1861 when the rebels fired the first shots. A tenacious soldier, he was appointed Brigadier General of Volunteers in 1862. Despite his distinguished history, Davis is remembered for the similarity of his name to President Jefferson Davis and for murdering a superior officer during the Civil War.
In 1862, exhausted and emaciated, Davis left the Army on sick leave but returned to defend Cincinnati, Ohio. He soon found himself in Louisville, Kentucky reporting to Maj. General William Nelson.
Davis was a quiet man, but he was stubborn and known to have a temper. A biographer once described Davis as “aggressive, feisty, and confrontational with a fiery and combative spirit.” Small and compact, Davis knew how to handle himself in a fight. 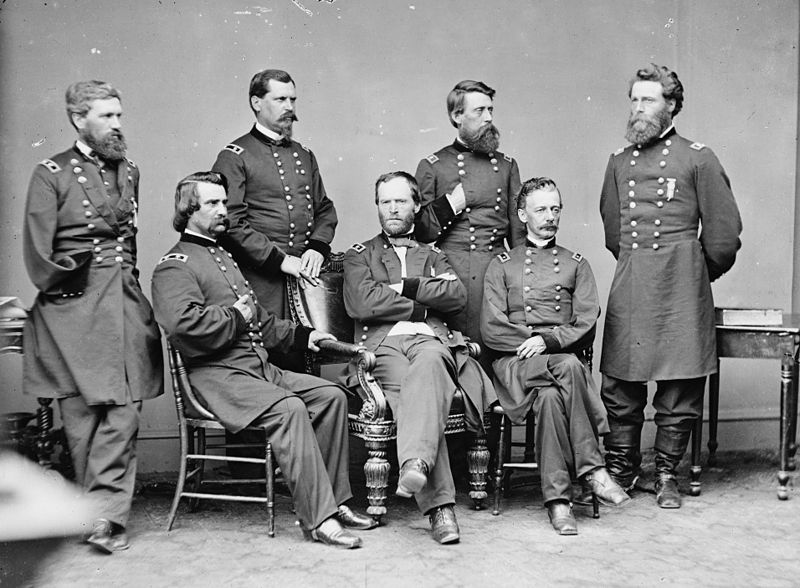 Jefferson C. Davis, standing second from right, with General Sherman and his staff.
In contrast, Maj. General William Nelson was over six foot tall and weighed around 300 pounds—no small feat in the lean days of the Civil War. Four years older than Davis, Nelson had gotten his start as a midshipman in the Navy and then quickly rose to rank during the Civil War. Known to be a bully, Nelson had been nicknamed “Bull” during his Navy days. 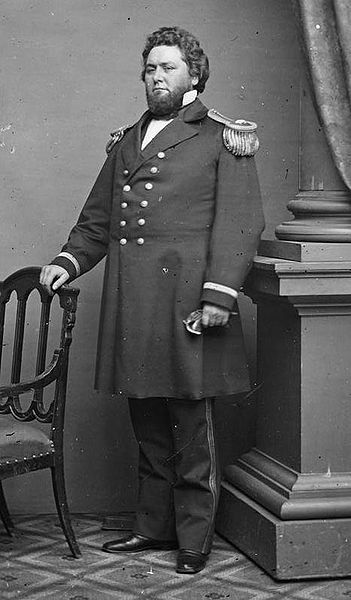 Major General William Nelson.
Not exactly a match made in heaven.
Davis was an Indiana boy, and Nelson a staunch Kentuckian. The two states didn’t get along, and Nelson often referred to Hoosiers as “poor trash.” A veteran soldier, Davis resented reporting to a man who’d only recently been given command of troops. Nelson ordered Davis to organize and train the “home guard,” an assignment Davis would have been insulted by.

It didn’t take long for the two men to clash. When Davis reported to Nelson at the Galt House, a fancy hotel serving as Army offices and Nelson’s quarters, the Maj. General asked Davis for the number of troops gathered and how many weapons they needed. After only two days on the job, Davis later said he couldn’t possibly have answered differently. Nelson was furious.

Maj. General James. B. Fry witnessed Nelson rise and glared down his nose at the diminutive Davis. The following is his description of his encounter:

“But you should know, I am disappointed in you, General Davis. I selected you for this duty because you are an officer in the regular Army, but I find I made a mistake.’

“Davis arose and remarked in a cool, deliberate manner:

“‘General Nelson, I am a regular soldier, and I demand the treatment due to me as a general officer…I demand from you the courtesy due my rank.’

“Nelson replied: ‘I will treat you as you deserve. You have disappointed me. You have been unfaithful to the trust I have reposed in you, and I shall relieve you at once. You will proceed to Cincinnati and report to General Wright.’

“Davis said: ‘You have no authority to order me.’

“Nelson turned toward the Adj. General and said: ‘Captain, if General Davis does not leave the city by nine o’clock tonight, give instructions to the Provost-Marshal to see that he shall be put across the Ohio!”

Needless to say, egos were severely wounded and all hell was about to break loose.

General Wright temporarily defused the situation, but when General Buell took over for Nelson, Wright sent Davis back to Ohio. Davis settled in and began planning an attack against rebels in Kentucky. On September 29, Davis entered Galt house to report. When Nelson arrived, Davis demanded an apology. Indiana Governor Oliver Morton and General Fry overheard the exchange.

Fry said Nelson answered Davis’s demand with a loud, “no!” and “said in a loud voice for all to hear, ‘Go away, you damned puppy. I don’t want anything to do with you!'”

Thoroughly insulted and embarrassed, Davis wadded up the paper he was holding and threw it in Nelson’s face. Nelson slapped Davis with the back of his hand, made a nasty comment to Governor Morton, and stomped toward the staircase. Unbelievably, Davis took a pistol from a nearby friend, walked to within three feet of the towering Nelson and shot the unarmed general in the chest.

According to witnesses, Nelson dragged himself up the stairs before collapsing. “Send for a clergyman,” he gasped. “I wish to be baptized. I have been basely murdered.”

Davis was immediately arrested, but he insisted that while he wanted an apology, he had no intention of murdering Nelson. I’m not sure how you shoot a man point blank in the chest without intention, but I digress. Some officers screamed for Davis’ immediate hanging. General Buell, an admirer of Nelson, called the act “a high crime and gross violation of military discipline. He intended to take quick action, but time was on Davis’s side. 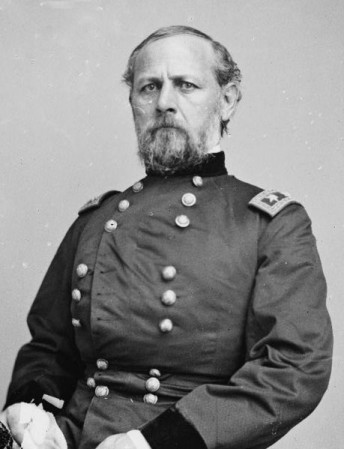 Because time was short and quality officers in need, Buell didn’t have the resources for a court marshall. He wanted Davis to be tried in Washington. Davis’s friend Governor Morton lobbied on his behalf, and Davis was released with in a week. Some accounts also have General Wright coming to Davis’s aid and gaining his release from prison. He escaped conviction because the Union Army was in desperate need for experienced field commanders, and within fourteen days of murdering Nelson, Davis received division command in the Army of the Cumberland.

Davis did receive a very tiny punishment for the murder: he never reached a rank higher than brigadier general of volunteers. He did earn a temporary promotion to major general of volunteers on August 8, 1864, then was appointed commanding officer of the XIV Corps, a post he retained until the end of the Civil War.

Controversy continued to surround Davis during the Ebenezer Creek passing. His racist attitude toward freed slaves was deplorable. On December 9, 1864, Davis ordered a bridge removed before the refugee slaves following his army could cross. Hundreds of slaves were either captured by Confederates or drowned in the Creek.

Davis with his staff in Washington D.C. in 1865
Davis stayed in the Army after the war. He was the first commander of the Department of Alaska. True to his crusty nature, he forced the Russian settlers of Sitka, Alaska out of their homes because they were “needed for Americans.” In the Modoc War, Davis’s field prowess was an asset, resulting in the successful Battle of Dry Lake.

Clearly this was a case of egos and tempers out of control. In the days when gentlemanly conduct was highly valued, it’s astounding Davis wasn’t tried. Do you think General Davis should have served time for the murder, or did the needs of the Union Army outweigh justice?
Posted in:
Tagged:
bookmark the permalink

12 comments on… “Thriller Thursday: The Courtesy Due My Rank, a Civil War Murder”