|   Stacy
On Tuesday, T.J. Lane, 18, was sentenced to three life sentences for shooting three students to death in an Ohio high school cafeteria after pleading guilty for the February 2012 shootings at Chardon High School. Instead of showing any remorse–either real or a fake attempt for the chance of a lesser sentence–Lang wore a t-shirt … Read the rest →
13 comments 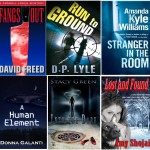 Today’s Thriller Thursday features two current cases, one local (Iowa) and the other national. Iowa City, Iowa On January 3, Kirk Levin, age 21 was arrested and charged with murdering his mother and kidnapping another woman within hours of his release from prison on New Year’s Day. Levin was arrested on kidnapping charges after a … Read the rest →
13 comments

Because I’m going to be inundating you with posts about INTO THE DARK’s blog tour, my Thriller Thursday posts are going to be short and sweet for a while. For the next few weeks, I’m stealing Catie Rhodes‘ idea of talking about my favorite true crime television shows. This week’s victim is A&E’s Cold Case … Read the rest →
12 comments

|   Stacy
With Into The Dark’s blog tour in full swing, I’m going to be doing something different with Thriller Thursdays the next few weeks. A lot of the posts will be short and sweet, featuring unsolved crimes. Today I’m reblogging a great post by my friend and critique partner Catie Rhodes. It’s an intense but fascinating … Read the rest →
1 comment

|   Stacy
***I have NO idea what’s going on with the header image. None of them seem to be working. Sorry for the ugliness today! Obsessive October is flying by, and today we’re talking about the superstars of the stalking world: celebrity stalkers. Being in the public makes celebrities ripe for obsessed fans, and the power of … Read the rest →
21 comments 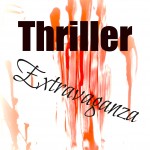 First off, thank you to all the amazing authors who participated in Thriller Extravaganza: R.J. Ellory, Margie Lawsen, Kathy Bennett, Allison Brennan, and Vicki Hinze. Everyone gave thoughtful posts with great information on writing killer thrillers. And thank you to all my friends who supported by sharing the links across social media. You guys made … Read the rest →
7 comments 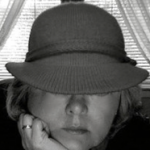