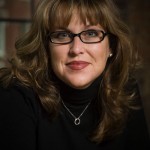 Let me just get this out of the way: I’m a J.T. fan girl. I LOVE Taylor Jackson and Sam Owens, and I’m very excited about the new series with Catherine Coulter. J.T. was kind enough to answer some questions about her newest novel, The Lost Key, as well as dish out some writing advice … Read the rest →
5 comments 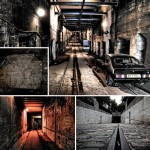 Most of you probably know I have a thing for tunnels and passages and all things creepy and underground. Into the Dark visited the Las Vegas Tunnels, and my current release, SKELETON’S KEY (Delta Crossroads #2) features a secret passage in a historic antebellum home. So in honor of Halloween, I’m sharing my 5 Creepiest … Read the rest →
3 comments

|   Stacy
Remember this post about the two ten-year-old boys who led a toddler out of a Liverpool, England mall, tortured and eventually killed him? One of those men is being set free. Again. Jon Venables and Robert Thompson received life sentences after the horrifying 1993 murder, but were paroled in 2001. Like Mary Bell, they were … Read the rest →
6 comments 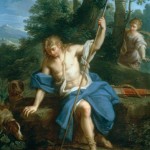 Welcome back to our resident psychologist, mystery author Kassandra Lamb. She’s got a great post for us today. Please be sure to leave her some love:) Five Differences Between Narcissists and Psychopaths Thanks so much, Stacy, for inviting me to Thriller Thursday. One of my all-time favorite TV shows is Criminal Minds, but every now … Read the rest →
27 comments

Thriller Thursday: The excitement of plotting

|   Stacy
Yes, you read that right. First, instead of talking about true crime today, I’m going to talk about something that is thrilling to me. And today, that’s the power of plotting. Pansters, don’t leave! I promise there is something for you in this post. When I started writing INTO THE DARK, I was a true … Read the rest →
8 comments 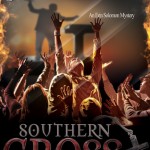 I’m excited to welcome Jen Blood, author of the Erin Solomon mystery series, to the blog today. She’s talking about something very cool and completely terrifying to me: snake handling. Please make sure to leave her some love! ———– In my latest mystery, Southern Cross, reporter Erin Solomon goes to Kentucky with former mentor (and … Read the rest →
8 comments

Thriller Thursday: When the Killer Speaks

|   Stacy
A couple of weeks ago, I was scrolling through the Direct TV guide and caught a program on Biography about serial killer Bobby Joe Long. It was one of the most disturbing programs I’ve ever watched. In 1984, Bobby Joe Long kidnapped, raped, and murdered at least 10 women in the Tampa Bay area. He … Read the rest →
12 comments

Thriller Thursday: Murder in the Sierras

|   Stacy
I’m excited to welcome fellow mystery author Kirsten Weiss to the blog today! She’s got a great character to talk about – her metaphysical detective. Even better, she’s got a monster story to share. Did you know Lake Tahoe had its own monster? Let Kirsten tell you all about it! Murder in the Sierras No, … Read the rest →
2 comments

|   Stacy
I was going to write about true crime documentaries tonight, but as I started this post, the show Hoarding, Buried Alive is on, and as always, I am blown away by the disease. I can understand the hoarding of things, particularly family items. I am very close to my parents, especially my mother, and I … Read the rest →
11 comments

|   Stacy
Since my upcoming mystery/suspense novel, TIN GOD, deals with religion and betrayal in the deep south, today we’re talking about the unidentified serial killer known as Bible John. Between 1968 and 1969 in Glasgow, Scotland, three young women were murdered after meeting a mysterious man at the Barrowland Ballroom. Victims 25-year-old Patricia Docker was found … Read the rest →
8 comments