Television shows like Criminal Minds and Bones have made profiling criminals mainstream, but coming up with a psychological sketch of an offender isn’t as easy as an hour of T.V. makes it look. Although they are trained to look at crime scenes and victimology with keen eyes, criminal profilers aren’t mind readers. They don’t practice voodoo or make lucky guesses. Experience has taught them to use a combination of intelligence, observation, and perseverance to outwit the offenders they chase.

One of the grandaddies of profiling is famed FBI Agent John Douglas. Profiling was in the very early stages when Douglas took over the FBI’s Investigative Support Unit and began interviewing incarcerated serial murderers. 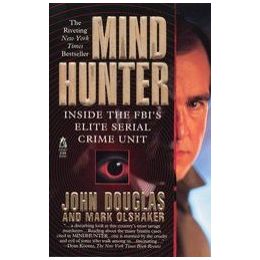 Douglas believes that interviewing the experts – the criminals sitting behind bars – is crucial to figuring out how criminal minds work.

I learned as I went, conducting face-to-face interviews with Ed Kemper, Charles Manson, David Berkowitz, Richard Speck … whose single positive contribution to society was the window they gave me and my colleagues into the criminal mind. By talking with and observing them, we learned how they thought, from the escalation of their violent acts to victim selection. We learned how to predict their behavior. Most importantly, we learned how they revealed themselves through their crimes. That’s the basis of profiling. You look at the evidence – from crime scene to forensics to victimology – and find in the thousands of pieces of information the behavioral indicators from which you put together a picture of the perpetrator. —John Douglas

No killer has been more prolific in modern times than Gary Ridgway, the Green River Killer. On November 30, 2001, after more than two decades of killing, Ridgway was arrested and charged with the murders of four women: Marcia Chapman, Cynthia Hinds, Opal Mills, and Carol Christensten. To avoid the death penalty, he pled guilty to all forty-eight murders attributed to the Green River Killer from 1982-1998.

He’s taken investigators to more than fifty dump sites and corroborated his confessions with intimate knowledge of the scene. While many victims were known, four new victims have been discovered during these trips.

Back in 1983, Douglas knew the Killer targeted prostitutes and runaways along a section of highway between Seattle and Tacoma. The first victim was found along the Green River, and four more bodies surfaced in the next month. After he and his team looked at the crime scene and victimology, they presented a profile that turned out to be eerily accurate. The profile missed only one key point: Ridgway wasn’t underemployed but held the same job for twenty years.

The Profile (Courtesy of mindhunter.com)

The Ridgway case has been controversial for all involved because Ridgeway was brought in during the beginning years of the investigation and cleared. But as Douglas points out, the profile is simply a thumbnail sketch of the UNSUB (unknown subject) and many people will fit the profile. One of the key parts of developing a working profile is behavioral clues and victimology. With very little idea of the victim’s lives, it was difficult to walk in their shoes.

Douglas also told police they were looking for someone who could be lured into contact with the law enforcement and suggested staking out the crime scenes because he believed the killer would revisit. The media made this impossible, but it’s important to know that Ridgeway would later confess to going back to the sites, often bringing women such as his wife and other prostitutes to have sex near the bodies (the women were of course unaware of them).

So how did Douglas come so close on Ridgeway’s behaviors?  His years of experience with other criminals–men he spent hours listening to–helped hone his instincts and create a new field of criminal investigation, giving police and FBI agents an inside track to the criminal mind.

For more information on Douglas and his books, including Mindhunter, visit his website.

What do you think? Is criminal profiling a guessing game or meticulous, observant science? Do you watch Criminal Minds? Is it an accurate representation?