|   Stacy
How many of you are watching the new Fox series The Following? So far, it’s lived up to the hype. The serial killer with an obsession for Edgar Allen Poe (James Purefoy) is one of the most interesting and diabolical I’ve seen, and the cast of characters is stellar. Kevin Bacon has been great as … Read the rest →
17 comments 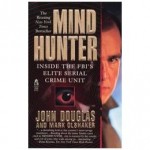 Due to this post from Roni Loren (thank you for the warning, Roni) I’ve decided to remove most photos from Thriller Thursday. I hope you’re still able to enjoy them! Television shows like Criminal Minds and Bones have made profiling criminals mainstream, but coming up with a psychological sketch of an offender isn’t as easy as an … Read the rest →
25 comments
⇧