For the love of thrillers, crime, and all things dark. → 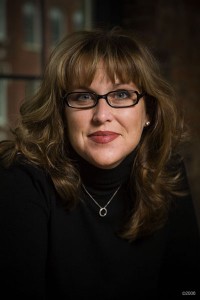 Let me just get this out of the way: I’m a J.T. fan girl. I LOVE Taylor Jackson and Sam Owens, and I’m very excited about the new series with Catherine Coulter. J.T. was kind enough to answer some questions about her newest novel, The Lost Key, as well as dish out some writing advice and her research secrets.

I hope you enjoy her interview, and please take a moment to chat with her in the comments!

You and Catherine Coulter have a brand new Nicholas Drummond book out, The Lost Key. Nick’s an interesting character, having migrated from Scotland Yard to the FBI. Tell me about creating him. How much research went into that? I know you’ve worked with the FBI before, but what about Scotland Yard? How did you research that?

Oddly enough, I have a New Scotland Yard detective in my Taylor Jackson series. His name is Memphis Highsmythe, the Viscount Dulsie, and he gets involved in a international serial killer case with Taylor and Baldwin. He’s in both THE COLD ROOM and WHERE ALL THE DEAD LIE. So when Catherine told me she wanted to have a New Scotland Yard Brit join the FBI, I was thrilled, because I already had a basis for the character, and had done a lot of research already. Of course there was more – the two men are very different, from backgrounds to lifestyle, but I had a cheat sheet, if you will.

Both books in the Nicholas Drummond Series (The Final Cut and The Lost Key) have historical elements in them. Do you and Catherine share a love of history? What made you decide to tie Nick’s cases into a historical element?

It wasn’t something we set out to do, nor will every book have a historical component. But for the first two, that’s the way the story shaped up. Stealing the Koh-i-Noor diamond meant there had to be a history of the story, why it was so valuable, and of course, the curse. For THE LOST KEY, saving The Highest Order’s secrets were paramount, and we drifted right into Madame Curie and World War I. Catherine has a master’s degree in 19th Century European History, so this is all second nature to her. But I’m new to writing historical stories, so it was a big challenge, with tons of research.

You’ve also co-written books with thriller authors Erica Spindler and Alex Kava. Every writer has her own routine. How do you managed to coexist, and how do you decide who does what when you co-write? Tell us about your process!

With Erica and Alex it’s a bit easier because we write connected novellas – we have a theme, and then go off on our own to create them. With Catherine, it has to be in her voice and style, so that’s more labor intensive. But brilliant minds, you know? You get a few good brains together and they combust with ideas.

As part of your research, you’ve worked with the Nashville Police Department as well as the FBI. How does a writer establish those connections? Is this something that happened after you reached a certain status in the writing community, or were you fortunate to have connections, or was it just persistence and timing?

I’m a firm believer in asking for help when I need it. Way back when, I simply called Metro and told them what I was about, and asked for help. They were incredible. The FBI took longer, I had to be vetted, as did setting up the autopsies. But when I started I had no connections at all. I’ve never been in law enforcement. I started from scratch and built a cadre of exceptional resources who I can turn to for information. They want you to get it right. I’ve never had anyone say no to helping, and that makes the books so much stronger.

We writers are an emotional bunch, and no matter how successful we are, we still experience those days of feeling subpar and questioning our talent and/or latest project. How do you get through those days?

I’m having one today, truth be told. I’ve just returned from a trip, and it takes me a day or two to get straight. So while I’m dinking around with the manuscript a bit, I decided to focus on catching up on my non-fiction. It can be frustrating when your every cell screams at you to get writing, and you just can’t make anything magical happen. I’ve learned to recognize those moments, hours, even days, and just turn to my ever-present to do list for the next thing that can be struck off. At least I’m accomplishing something. And I’ve learned two things – when you’re really stuck, edit, or write a blog about it. That usually shakes things free.

Now that The Lost Key is out, what’s next for you? Can we expect a new Taylor Jackson novel in 2015?

There will be a new Samantha Owens novel out May 26, 2015, called WHAT LIES BEHIND, which deals with an Ebola-esque terror attack on the U.S. Timely, right? Nothing like writing a book that turns into headlines. And there may be some news on the Taylor front here soon. Stay tuned to the blog (http://jtellison.com/tao-of-jt) I know, I’m a tease….

That’s actually hard to pinpoint. There are specific books I particularly like in the genre: John Connolly’s EVERY DEAD THING, Erica Spindler’s COPYCAT, REBECCA, by Daphne du Maurier, KISS THE GIRLS by James Patterson, Patricia Cornwell’s early work, anything by Lisa Gardner and this great new book coming out soon called BLACKBIRD, by Averil Dean. But I read all over the place, and haven’t been hitting the psych thrillers much lately. They scare me!

JT, thanks so much for stopping by! Congrats on the success of the Nicholas Drummond series. Readers, make sure you hope over to JT’s website to find out where you can grab your copy!

Thanks for having me, Stacy! I really appreciate your time.

For the love of thrillers, crime, and all things dark. →