Tearing a book to shreds can be fun! → 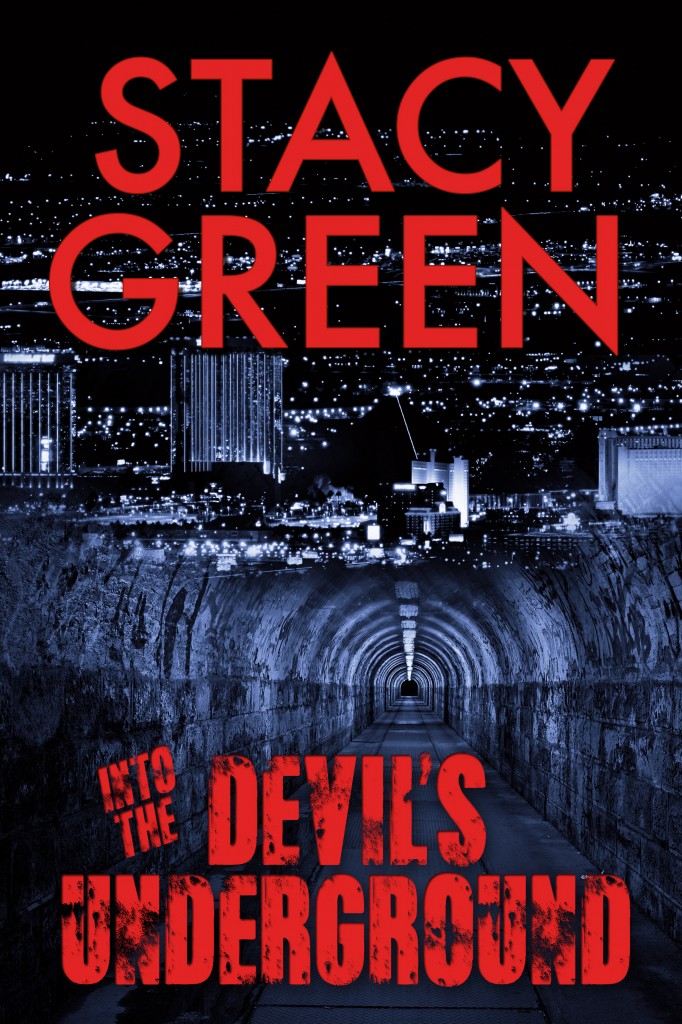 After extensive editing, I’m relaunching my debut novel in just two weeks! To celebrate the release of INTO THE DEVIL’S UNDERGROUND, I’m offering book bloggers a chance to win $50!

Bloggers willing and able to feature the book during the week of May 15 though May 26 for release week will be entered in a contest for a $50 Visa gift card. This means willing to feature a teaser graphic, an except, a guest post, or interview from me. I’m happy to offer you the book for review as well, but as paying for reviews is a big no-no, the contest entry will be for a blog feature only.

The contest will be held via Rafflecopter, and I will announce the winner on May 30th.

My graphic artist is creating some awesome teasers right now, and I have several excerpts I’m excited to share. If you’re interested, please contact me at stacygreenauthor@gmail.com.

INTO THE DEVIL’S UNDERGROUND is suspense with romance, with the Las Vegas tunnels as a backdrop.

*Please note: This book was previously published at INTO THE DARK by MuseItUp Publishing. Due to the extensive edits, I am republishing under the new title of INTO THE DEVIL’S UNDERGROUND.

“Why are you here?” Butterflies swarmed in her stomach. Sweat rolled down her forehead and stung her eyes.

Laugh lines appeared at the corners of the man’s eyes. “You don’t know, Miss Emilie?”

Her heart skidded to a stop. How does he know my name? Throat constricted, she shook her head.

For Emilie Davis, it was business as usual in her job as bank manager of WestOne until two men storm in demanding cash. However, it doesn’t take long before Emilie learns one of the men isn’t there for money—he’s  convinced they have a connection and has come to claim her. And he won’t give up.

When hostage negotiator Nathan Madigan and Las Vegas SWAT enter the bank on a rescue mission, Emilie’s captor makes a shocking escape into the abyss that lies beneath the city: the Las Vegas storm drains, a refuge for the downtrodden and the desperate.

Through the darkness of the Devil’s Underground and secrets from her past, Emilie finds there is no escape from her stalker. She turns to Nathan, who is determined to save her no matter what it takes.

But will it be enough?

Tearing a book to shreds can be fun! →