In less than a month of release, TIN GOD already has 35 5-Star Reviews! Thanks so much! Here’s an exclusive excerpt for Teaser Tuesday:) 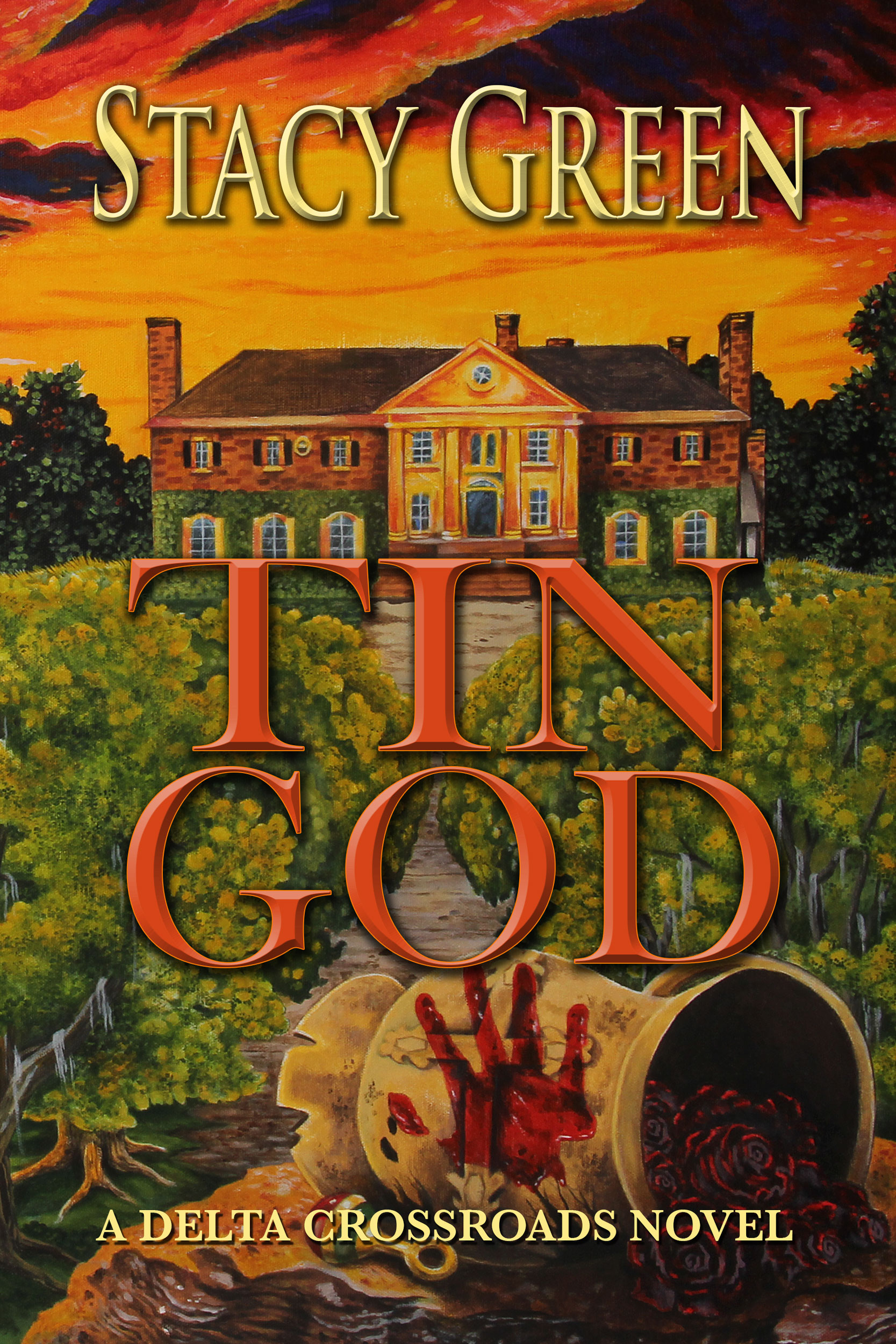 He needed to pay.

Barbecue. The rich aroma filled the air. Light glowed from her parents’ backyard. The family was outside, no doubt enjoying some of Sonia’s excellent home cooking. Paul would have nothing less.

She reached the fence, pushed it open. Her hand fisted in her pocket. Control, she reminded herself. This was her moment, her one chance.

The front door now, adorned with a wreath of fake roses. Unlocked. She twisted the brass knob and pushed the door open. Front room dimly lit by the lamp sitting next to her father’s recliner. Sonia’s knitting next to hers. A new television. Flat screen. How modern.

Her eyes strayed down the hall. The guest room was close. She could pilfer through his things and leave, not cause a scene, go on to fight another day.

Too bad that’s not what she came for.

Through the kitchen now. Lights were on, food spread out on the butcher-block counter. Daisies in a vase on the table. He always brought her mother daisies.

Laughter outside. His. Bold, contagious. Sickening. Her pulse charged. She was really going to do this. Bring the pain–the shame–to him. Her family probably wouldn’t believe her, but at least the truth would be out there, oozing like an infected wound and impossible to ignore.

Jaymee saw him now. Six foot tall, swimmer’s body, still in shape. Dark, wavy hair peppered with gray and always in place. Tan skin complementing a white smile. He stood near the grill talking with Darren. Her brother would be disappointed in her for causing such chaos.

Eli laughed. A brief pang of discomfort. She was counting on Mary to get the little boy out of earshot as soon as she started slinging the mud.

Jaymee slid the screen door open and stepped out onto the Ballard’s weathered deck.