Final Row80 Check In: End of the Road

|   Stacy
It’s hard to believe it’s the end of another round and the second official day of spring. This round didn’t quite go as I expected, but I can’t complain. 2012 Round 1 Goals: Write 2000/week on The Prophet Continue to query Into The Dark Implement Dark’s theme of stalking into Thriller Thursdays ** Exercise minimum … Read the rest →
24 comments 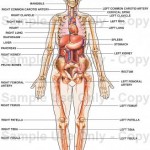 Yes, I’m talking about two different things. First, plotting murder. It’s a lot more complicated than I thought it would be. INTO THE DARK’s bad guy is a stalker, and the murder he commits was fairly straightforward. But the antagonist in THE PROPHET is all sorts of angry, and there are a total a four murders … Read the rest →
20 comments

|   Stacy
Happy Hump Day, everyone! Things are going well here. I managed to get back into working on The Prophet and have written 2300 words this week. The Row80 sprints at 1 central are a big help for me to focus–thank you guys for your encouragement. Yesterday I also did some revisions in the plot, because … Read the rest →
20 comments

|   Stacy
So far this week, my writing process has been turtle slow, but it’s paying off. I went back and revisited some of Margie Lawson’s DEEP Character Analysis (courtesy of Jenny Hansen’s blog contest) and have been implementing in my writing. Some of you know The Prophet started as a Friday Flash piece, and I’ve been … Read the rest →
16 comments 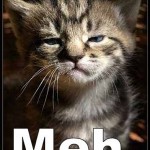 It’s been a long week. We made a ten hour (for me) road trip to Kentucky last Tues/Wednesday to have Thanksgiving with family, and Grace and I just got home Sunday night. We had a great time, but I’m still dragging through the recovery process. I’ve always been this way after a trip, but it … Read the rest →
21 comments

|   Stacy
Wouldn’t it be awesome if it were as easy as grabbing the old Magic-8 ball and giving it a shake? If we don’t like the answer, we can just rattle the sucker until it gives us what we want. Writing queries is as painful as pulling out nose hairs. And just as repetitive. My proofer … Read the rest →
40 comments

I’m still playing catch up from my days out of town, so you can imagine the harried state I’ve been in the past few days. Blogs to write, to read and comment on, not to mention those little things called editing and writing. Organization isn’t my forte (at ALL), but I’m learning. I decided the … Read the rest →
33 comments
⇧