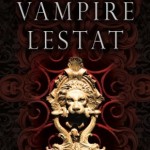 Due to this post from Roni Loren (thank you for the warning, Roni) I’ve decided to remove most photos from Thriller Thursday. I hope you’re still able to enjoy them! It’s early Monday morning, and I didn’t have my post for today planned. But there’s a question that’s been rattling around in my head. If you could … Read the rest →
41 comments 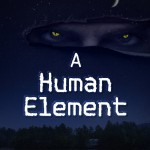 I’m so excited to welcome my good friend, Donna Galanti, as the first stop on her blog tour for her debut novel, A HUMAN ELEMENT!  A Human Element is a fast paced suspense novel with lots of sci-fi and mystery mixed in. Its leading lady, Laura, is likable and easy to root for, and Donna … Read the rest →
36 comments 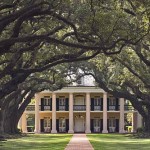 Due to this post from Roni Loren (thank you for the warning, Roni) I’ve decided to remove most photos from Thriller Thursday. I hope you’re still able to enjoy them! Manic Monday means anything goes, and today we’re talking about one of my favorite things–the old South. The rich cultural mix and living history fascinates me, and … Read the rest →
18 comments

|   Stacy
I’m so excited to finally be able to announce my debut novel, INTO THE DARK, will be released by MuseItUpPublishing in November! It will be available in ebook format with paperback released at a later date. I still can’t believe it’s happening. I’ve spent a lot of time wondering what’s best for me in this … Read the rest →
79 comments

|   Stacy
Due to this post from Roni Loren (thank you for the warning, Roni) I’ve decided to remove most photos from Thriller Thursday. I hope you’re still able to enjoy them! Okay, not really. But the wonderful Kelly Hashway has tagged me in a fun kind of “get to know you game.” Rules: 1. You must post the … Read the rest →
21 comments 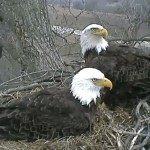 The Decorah eagles are part of the Raptor Resource Project in Decorah, Iowa. The group set up a cam over the nest to watch a pair of bald eagles in 2009, and in 2011, began streaming live on UStream. Over 200,000 million people in 184 countries watched the eagles build a nest, lay eggs, fight off … Read the rest →
24 comments 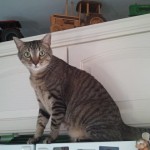 Pretty, isn’t he? No, he’s not a Bengal, although he’s marked similar and has a lot of the same traits, as did his mother. He and his brother, Fat Amos, were rescued as tiny babies by my mom and Grace after the kitten’s mother was killed on the highway. Andy (yep, their names are Amos … Read the rest →
38 comments 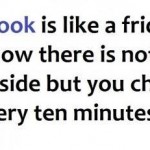 If you use Facebook, chances are you’ve wished for a ‘dislike’ button. Probably several times a day. But you know what would be even better? A dislike button for people. Come on. You’d use it. A lot, probably. Imagine. You’re in line at Wal-Mart. A mother with three bored, loud kids is ahead of you, … Read the rest →
43 comments

|   Stacy
We all know social media is vital for today’s writers. We’ve been told by various social media experts that we must have a brand, a network, a footprint. I’m working on it, but most days it feels like a big muddy smear. We need to reach out and be active on Twitter, Facebook, etc. … Read the rest →
35 comments