Thriller Thursday: This Week In Crime →

Welcome to my first edition of Twisted Facts! As most of you know, I’m a research nerd. Mondays will be about whatever odd fact on history, crime, technology and whatever else catches my eye.

Dumb crime and bonehead criminals are a favorite topic for me. With all the cruelty in this world and the topics I write about, they’re a nice break.

Here are some of my favorites from the last couple of months.

Portsmouth, RI: Gregory Rosa, 25, was charged with a series of vending machine robberies. He tried to post $400 bail in coins.

Lake City, FL: Karen Lee Joachimi, 20, was arrested for trying to rob a Howard Johnson’s with an electric chainsaw. It wasn’t plugged in.

Kentucky: Two men tried to yank off the front of a cash machine by running a chain from it to their truck bumper. They wound up pulling the bumper off their truck and fled the scene. The chain was still attached to the machine, with the bumper. And their license plate.

Chicago: A man was wanted for throwing bricks through a jewelry store windows and stealing. The night of his arrest, a brink bounced back, hit him in the head and knocked him out. He was still out when the police arrived.

But don’t worry. Dumb crime isn’t limited to the States.

England: A German on an apparent golf holiday brought his golf bag to customs. During golf chatter, the official realizes the tourist doesn’t know anything about the sport. When asked to demonstrate his swing, he does. Backwards. Narcotics were found in the golf bag.

Do you know any dumb criminals? Have a favorite dumb story to share? I’d love to hear it. 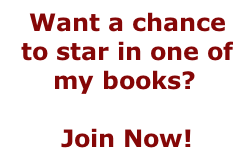 From now until the end of January, I’m running a very cool contest. Everyone who joins my monthly mailing list will be entered into a contest to a starring role in an upcoming Delta Crossroads novel.

The Delta Crossroads Series is set in southern Mississippi, and the first book, TIN GOD, releases in April. Don’t miss your chance to see your name in the follow-up!

Join the mailing list (you’ll hear from me only when something special is going on) to receive exclusive pricing on all Delta Crossroads novels as well as first crack at contests, excerpts, and much more. SIGN UP HERE!

He just murdered the man’s wife…again.

Discovering her employer’s body is just the beginning of Jaymee Ballard’s troubles. When widower Nick Samuels arrives in Roselea, Mississippi determined to tie the murder to the slaying of his dead wife, Jaymee realizes the secret she’s been harboring for years may be a motive for the killings. Up against a beloved minister and years of lies, she and Nick join forces to find justice. The truth doesn’t always set the miserable free. Sometimes, it destroys them.

Thriller Thursday: This Week In Crime →