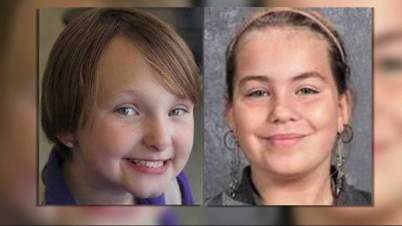 On July 13, 10-year-old Lyric Cook and her 8-year-old cousin, Elizabeth Collins disappeared from Evansdale, Iowa–just fifty miles from where I live in Marion.

They left for a bike ride, and hours after they were reported missing, the girls’ bikes and purses were found near Meyers Lake. A search of the lake turned up no evidence, and Lyric and Elizabeth were believed to be abducted.

The FBI was called in and stated they believed the girls to be alive but declined to share the evidence leading them to that conclusion. Volunteers from all over the state launched a massive search effort in the small town of Evansdale, but there was no sign of the cousins.

On December 5th, two bodies were found by hunters in the Seven Bridges Wildlife Area. Investigators believed the remains to be that of Elizabeth and Lyric.

Days later, the state medical office confirmed the remains were in fact the missing girls. No cause of death or state of the bodies has been released.

Despite the amount of time the cousins had been missing, the family and residents had maintained hope. The small community is devastated and has rallied around the families.

Heather Collins, Elizabeth’s mother, posted the following message on Facebook after the news was released.

“We know that they are up in heaven with our savior,” she wrote. “Lord we know that you have them in your loving arms and we are so blessed.”

Iowa Gov. Terry Branstad released the following statement after the positive identification was made:

“It was with great sadness that I learned of the deaths of Lyric and Elizabeth. I want to commend the thousands of family members, friends and volunteers who never lost hope that they might be found alive. With this closure now comes great grief. The thoughts and prayers of my administration go out to those affected by this terrible tragedy. I want to assure everyone that our Department of Public Safety will continue working with local law enforcement officers. We want justice served for the taking of these young lives.” SOURCE

My deepest sympathies go out to the families of Lyric and Elizabeth. As a parent, my worst nightmare is something happening to my child. I’m not sure I could recover, and I pray these parents are stronger than I am. I sincerely hope this case is solved, and I will continue to update you as we learn more.

This Christmas, as you are safe and warm with your families, say a prayer for Lyric, Elizabeth, and their families.