Confessions of a Thriller Author: Writing the Kill Scene

|   Stacy
I hope everyone had a great Christmas! I received two great gifts. First, ALL GOOD DEEDS (Lucy Kendall #1) is the January Book of the Month for a major thrillers group on Goodreads. Very excited about that! My second gift isn’t just for myself – it’s for all of us! SEE THEM RUN (Lucy Kendall … Read the rest →
Leave a comment 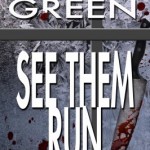 Southeast Iowa pretty much fits the stereotype most people have of the state: lots of cornfields, farm houses, pickup trucks, and plenty of guys wearing cowboy boots. The county I grew up in, Van Buren, probably has more dirt and gravel roads than paved (don’t quote me on that). I graduated with 50 people, and … Read the rest →
2 comments 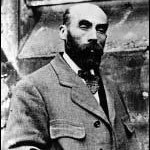 Old fairy tales are scary as hell. In The Legend of Bluebeard (“La Barbe bleue”, Tales of Mother Goose, Charles Perrault, 1697), a hideous man with a strange blue beard and a wealthy estate is known to have had several wives who disappeared. His new wife is soon left alone on the estate, and he hands her a … Read the rest →
27 comments
⇧