|   Stacy
This is an interview I ran more than a year ago, as a Monday post. In light of the senseless tragedy in Connecticut, I couldn’t bring myself to talk about true crime this week. Instead, I’m sharing this interview for all my new followers. Matt O’Brien is the journalist who wrote Beneath The Neon: Life … Read the rest →
1 comment

Into The Dark is available NOW! Is it the Next Big Thing?

|   Stacy
That’s right, it’s FINALLY release day for Into The Dark. I’m so excited–and nervous. I’ve been honored with some amazing reviews: “Not only did I enjoy the story and the characters, but the historical relevance added not only a depth to the plot but was also seamless within the story. I was very impressed and … Read the rest →
13 comments

Thriller Thursday: Walking Among The Dead With Laura Pauling

|   Stacy
I’m thrilled to be a part of Laura Pauling’s wonderful series Spies, Murder, and Mystery to help celebrate the release of her excellent debut novel, A SPY LIKE ME. When she asked me to do a post on the Paris Catacombs, I jumped at the chance. Some of you may know about the storm drains … Read the rest →
10 comments 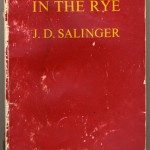 Due to this post from Roni Loren (thank you for the warning, Roni) I’ve decided to remove most photos from Thriller Thursday. I hope you’re still able to enjoy them! A two-hundred-mile labyrinth of dark storm drains serves as a refuge for the delusional stalker who will go to any lengths to possess fragile, emotionally isolated Emilie … Read the rest →
27 comments 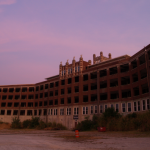 Due to this post from Roni Loren (thank you for the warning, Roni) I’ve decided to remove most photos from Thriller Thursday. I hope you’re still able to enjoy them! More than a hundred years ago, consumption was a dreaded term. The diagnosis was nearly as disheartening as hearing “you’ve got cancer” today. Fatigue was often the … Read the rest →
45 comments 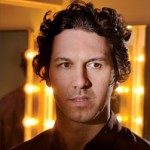 I first heard about the people living in the Las Vegas storm drains last summer, when I was researching for Light and Dark. A Google search led me to several newspaper articles profiling Matthew O’Brien’s book, Beneath The Neon: Life and Death in the Tunnels of Las Vegas. O’Brien spent a summer exploring the many … Read the rest →
17 comments
⇧