Posts Tagged: Into The Dark

|   Stacy
Sorry about the lack of the word “free” in the title. I wanted to make it easy for my tribemates to spread the word. Anyway, on to business. I’m excited to announce that INTO THE DARK has been accepted by Story Cartel, which means that for a limited time, you can read the book for … Read the rest →
5 comments

|   Stacy
So there are some changes going on around here. With the help of the awesome Jillian Dodd, I’ve revamped the blog to show more of my brand. I love true crime, but my writing is about twisted minds and the occasional twisted sheets. So I figured it was time to embrace the dark and twisty, … Read the rest →
10 comments

|   Stacy
Can you guys believe it’s December already? The year’s gone by so fast, and soon it will be almost over. Into The Dark released yesterday, and I’m excited to share six sentences with you all. Into The Dark – Six Sentence Sunday Dizziness. Sweat beading on her forehead. Her stomach churned the way it had … Read the rest →
5 comments 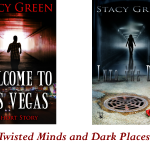 Because I’m going to be inundating you with posts about INTO THE DARK’s blog tour, my Thriller Thursday posts are going to be short and sweet for a while. For the next few weeks, I’m stealing Catie Rhodes‘ idea of talking about my favorite true crime television shows. This week’s victim is A&E’s Cold Case … Read the rest →
12 comments 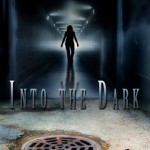 It’s release month for INTO THE DARK, and I have something truly special planned. The homeless living in the storm drains beneath Las Vegas play an important role in INTO THE DARK. Stretching hundreds of miles beneath the city and known as the tunnels, the drains are a refuge for around 200 of the city’s … Read the rest →
27 comments

INTO THE DARK Cover Reveal and Chance to Win!

|   Stacy
I’m so excited to finally share the INTO THE DARK’s cover with you guys. Marion Sipe created it, and she did an amazing job. I’m honored to be Night Owl Reviews FIRST exclusive cover reveal. Hop on over to their blog to check out the cover and enter the contest. Cover Reveal at Night Owl … Read the rest →
11 comments 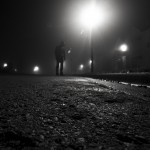 Back on topic for obsessive October–stalkers. We’ve covered a few famous cases, but what you need to remember is that ANYONE can be stalked. According to results from the 2010 National Intimate Partner and Sexual Violence Survey, 1 in 6 women (16.2%) and 1 in 19 men (5.2%) in the United States have experienced stalking … Read the rest →
23 comments 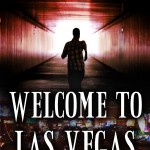 Hi all! Just a quick Tuesday announcement of some big things in the next few weeks. My short story, Welcome to Las Vegas, officially releases next Thursday, November 1st. But because I love you guys, I’m letting you know it’s currently available on Amazon and Smashwords. Tate is afraid of the dark. But his junkie … Read the rest →
18 comments

Final Row80 Check In: End of the Road

|   Stacy
It’s hard to believe it’s the end of another round and the second official day of spring. This round didn’t quite go as I expected, but I can’t complain. 2012 Round 1 Goals: Write 2000/week on The Prophet Continue to query Into The Dark Implement Dark’s theme of stalking into Thriller Thursdays ** Exercise minimum … Read the rest →
24 comments

Row80 Check-In: From celebration to determination

|   Stacy
I’m visiting my parents this weekend while Grace is on spring break, so I haven’t gotten a lot done since Thursday. But I did make some progress this week. Still basking in the glow of signing my first book contract for INTO THE DARK, but I’ve been plotting away on the new suspense project, THE … Read the rest →
38 comments