I’m excited to have author Sheila Deeth visiting the blog today. She’s talking about predators–one of our favorite topics at Turning The Page. She gives some great advice here on teaching our kids on how to deal with the evil in the world. Take it away, Sheila! 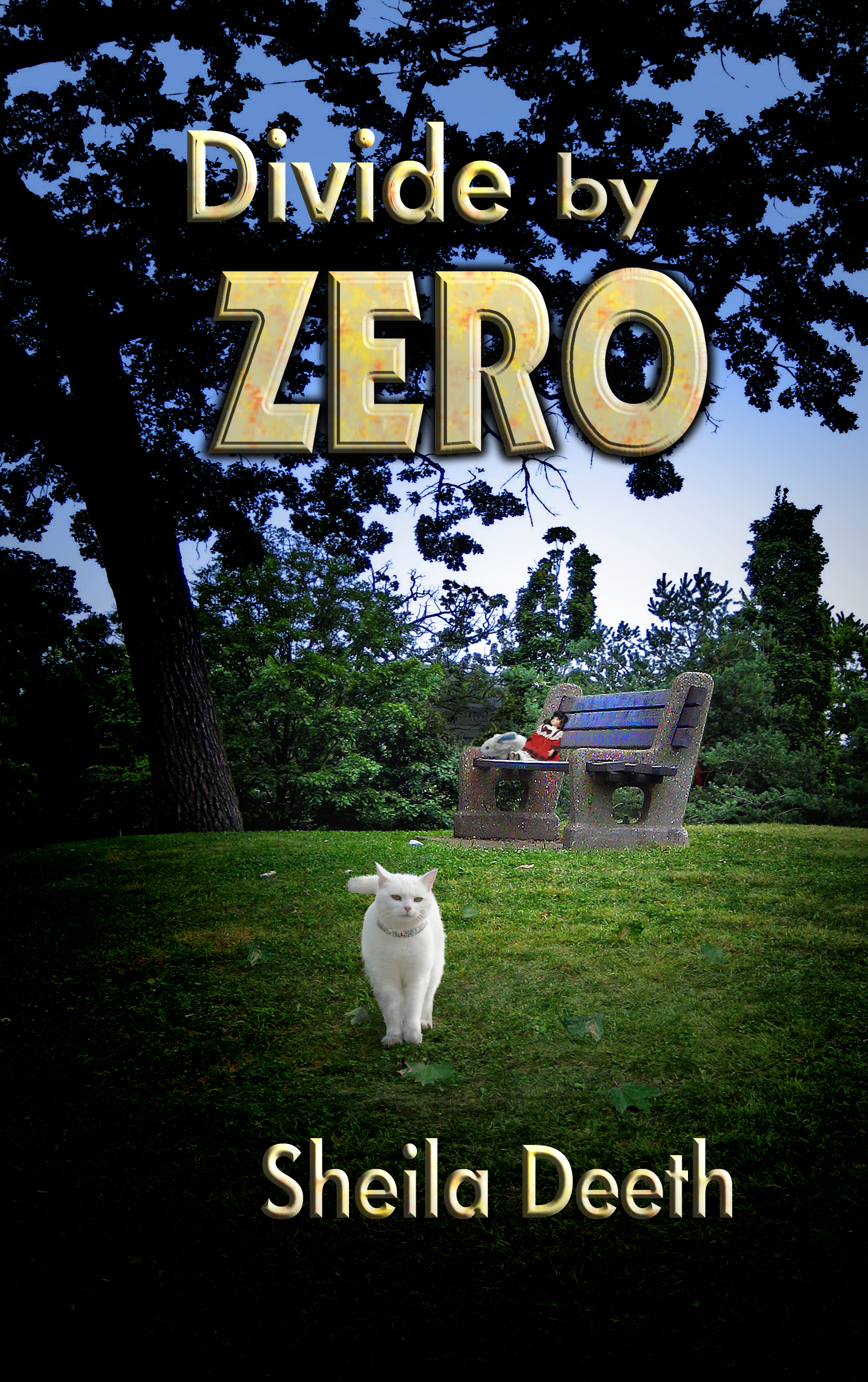 Hi Stacy, and thank you so much for welcoming me to your blog!

Creeps that prowl on the fringes of society even…

There’s the garage guy, the man who works in an office, the boss, the laborer… There are mothers and fathers, the brother who’s out of work, the waitress who doesn’t earn enough, and that strange woman who doesn’t drive a car. There are neighbors, family and friends, and there’s a rumor.

In my new novel, Divide by Zero, the rumor says there might be a predator in Paradise Park. But it could be any place near you. The predator could be anyone you know, someone who lives in the light of everyday society but prowls on the fringes again when nobody’s looking.

When I read the heading to Stacy’s blog—I write about the creeps that prowl on the fringes of society—I  knew what I wanted to write about in my guest post: The predator. The dangerous stranger. The person we tell all our children to avoid. And the rumor we always hope won’t be true.

But what if this predator’s not a stranger? Statistics suggest more children are preyed on by family members or close friends than by people they don’t know. They’re preyed on not by prowlers on society’s dark fringes but by upright citizens dwelling in the light. So perhaps instead of teaching our children to be afraid of strangers, we need to teach them not to be afraid of themselves.

Yes child, you can say no, and you should if something seems wrong. Don’t be afraid you’re just being silly. You’re not silly, child. You’re wise.

Yes, you can change your mind, even after you’ve said something’s okay. That doesn’t mean you’re foolish. It means you’re clever enough to learn.

Yes, you can tell, and you’re big enough and strong enough to live with the consequences.

Yes, you can cope, and you don’t need to let somebody else give you a ride, take you to their home, or offer to look after you.

Yes, you can shout as loud as a thunderstorm and we won’t always tell you to be quiet.

Yes, what you think, what you feel, what you imagine, who you are really matters. And we, the grownups, the ones who despite our best intentions can’t always protect you, will listen and will care.

The predator might be the garage guy, the man who works in an office, the boss, the waitress… or just someone you know and trust. But every child is precious.

Divide by Zero by Sheila Deeth

It takes a subdivision to raise a child, and a wealth of threads to weave a tapestry, until one breaks. Troy, the garage mechanic’s son, loves Lydia, the rich man’s daughter. Amethyst has a remarkable cat and Andrea a curious accent. Old Abigail knows more than anyone else but doesn’t speak. And in Paradise Park a middle aged man keeps watch while autistic Amelia keeps getting lost. Pastor Bill, at the church of Paradise, tries to mend people. Peter mends cars. But when that fraying thread gives way it might take a child to raise the subdivision…or to mend it.

Sheila Deeth grew up in the UK and has a Bachelors and Masters in mathematics from Cambridge University, England. Now living in the States near Portland Oregon, she enjoys reading, writing, drawing, telling stories and meeting her neighbors’ dogs on the green.

Thank you so much to Sheila for visiting and sharing her thoughts with us. The idea of someone preying on our kids is terrifying, and telling them about the bad people in the world can be just a scary. What did you think of Sheila’s advice? What do you tell your kids about strangers?