So here is the final piece of the amazing cover. I want to thank Kimberlee Ketterman Edgar for such a beautiful piece of art, and Melinda VanLone for turning it into the perfect cover.

The house on the cover is Ironwood, the plantation I created for SKELETON’S KEY. The exterior is based on Malmaison Plantation, which burned down in the 1940s.

And thanks to all of you who’ve tweeted and shared the cover pieces/teasers. TWO WEEKS until release!

Cage couldn’t believe what he was seeing. Flashlight in her shaking hand, Dani shined the beam into the dark space. He peered over the top of her head and caught a glimpse of brass, dark wood, and an oblong table. She gave a little squeal and started to crawl inside.

Her face fell, but she nodded her agreement. Cage took the flashlight. The panel was barely four feet tall. Crouching down, he stuck one leg and then the other inside the room. He shined the light on the ceiling. It was high enough for him to stand straight.

Cobwebs and stale air should have already assaulted them, but just like the master bedroom, the space smelled clean. “He cleaned up in here, too.” 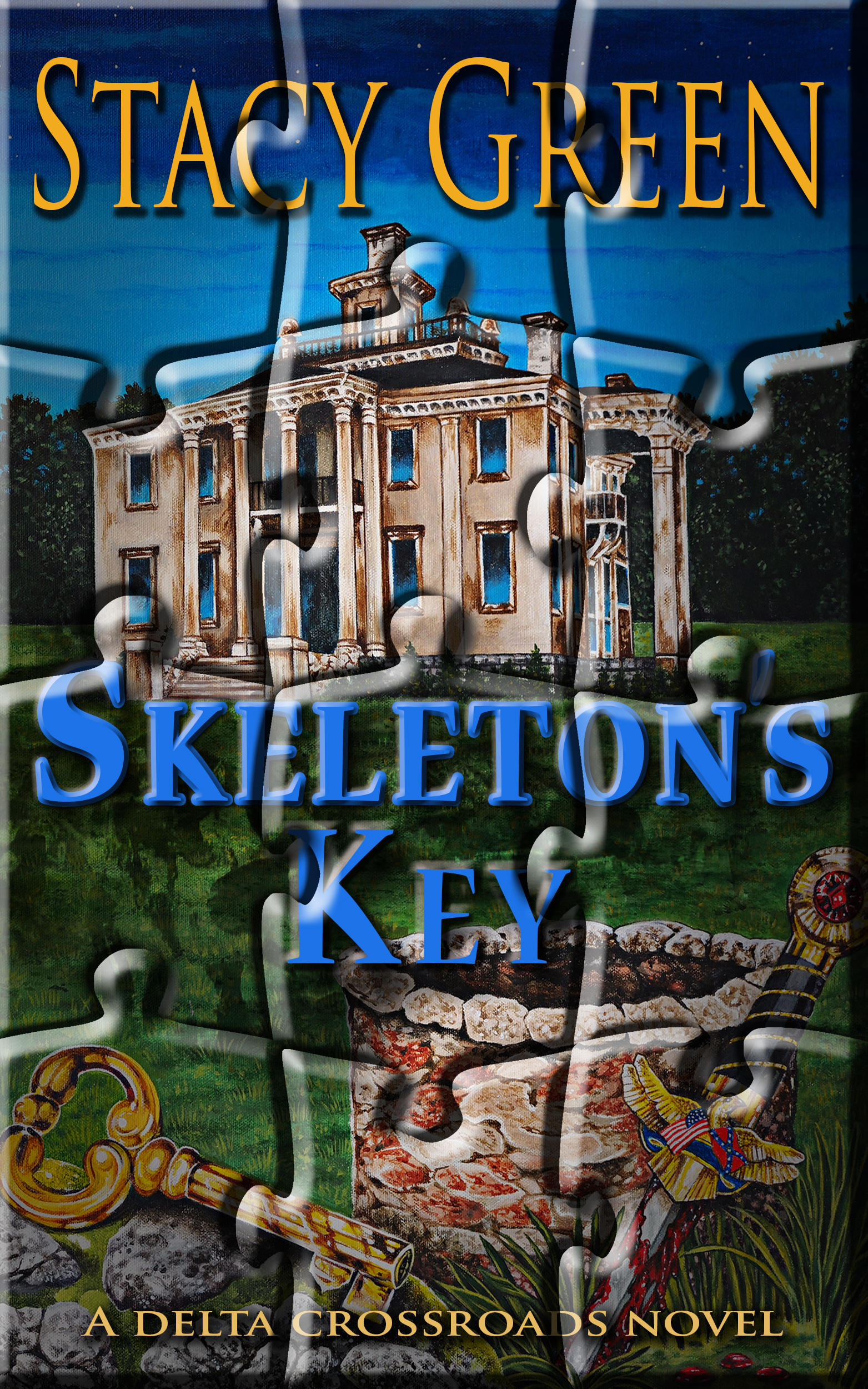