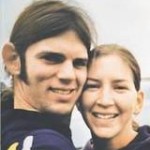 Due to this post from Roni Loren (thank you for the warning, Roni) I’ve decided to remove most photos from Thriller Thursday. I hope you’re still able to enjoy them! History is full of famous unsolved crimes: the Ripper murders, The Black Dahlia, The Boy in the Box, The Borden Murders, Jon Benet Ramsey and many more. … Read the rest →
9 comments
⇧