Thriller Thursday: Healthcare Serial Killers–the most frightening of all?

|   Stacy
In the past thirty years, there have been over seventy-five such cases in civilized societies (half in the U.S.). No one knows how many people have been killed. A rare few enter the profession as predatory “angels of death,” but many transform into killers on the job, sometimes via benign motives. These killers do not stand … Read the rest →
24 comments 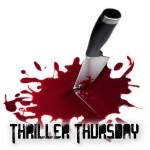 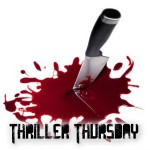 Welcome back to old-school Thriller Thursdays! Even though Thriller Extravaganza was a huge success, I’ve missed writing about true crime. And since it’s September and I love themes, I’ve got a great one for this month: Serial September. That’s right, this month we’re going to be looking at serial killers–but not the usual suspects. We’re … Read the rest →
25 comments 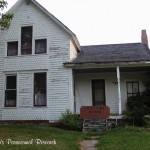 I’m leaving later today to visit my best friend in the Twin Cities, so I’m reblogging this post. The Villisca Axe Murders were my second ever Thriller Thursday, and this is a new, much improved version. On June 10, 1912, the sleepy little town of Villisca, Iowa was changed forever. Josiah Moore, his wife Sarah, their … Read the rest →
comments are closed  | View 55 Comments
⇧