← Thriller Thursday: When the Killer Speaks

Sample Sunday: You Can Never Go Back Again →

I’m excited to welcome Jen Blood, author of the Erin Solomon mystery series, to the blog today. She’s talking about something very cool and completely terrifying to me: snake handling. Please make sure to leave her some love!

In my latest mystery, Southern Cross, reporter Erin Solomon goes to Kentucky with former mentor (and occasionally more) “Diggs” Diggins, to investigate the murder of Diggs’ childhood best friend. In short order, the investigation leads the duo to a fundamentalist preacher by the name of Jesup T. Barnel—a fire-and-brimstone sort who’s preaching the end of days, and leaving a whole lot of chaos in his wake.

As I was researching the character of Barnel, one of the things I looked into was the bizarre practice of snake handling—wherein “true believers” demonstrate their righteousness by passing around live, poisonous snakes. Snake handling is practiced in churches in the South, the Appalachias, and even in some parts of Canada, and is based primarily on a Bible verse from Mark:

“And these signs shall follow them that believe: In my name shall they cast out devils; they shall speak with new tongues. They shall take up serpents; and if they drink any deadly thing, it shall not hurt them; they shall lay hands on the sick, and they shall recover.”(Mark 16:17-18)

Those who handle snakes say they only do so when the Holy Spirit moves them, at which time they say Christ protects them from harm. During these times, members of these churches have been known to stomp on the snakes, wrap themselves in the writhing serpents, and even drink strychnine to further prove their faith. Over the past hundred years, there have (not surprisingly) been a number of deaths attributed to these snake handling ceremonies, but one in particular really caught my attention. I thought I would take a moment to share that one today, during this week’s Thriller Thursday.

Glenn and Darlene Summerford lived in Scottsboro, Alabama, a town of roughly 14,000 people about thirty miles from the Alabama-Georgia border. The town is most famous for the “Scottsboro Boys” trial, when nine black boys were accused of raping two white women in 1931. The case became one of the most important in civil rights history because ultimately it established that no one, regardless of race, could be excluded from the right to a fair, juried trial. 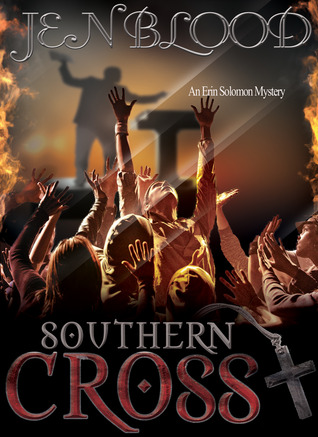 By 1991, Scottsboro was a deeply religious, primarily Christian and Fundamentalist Christian community. Glenn Summerford was pastor of the Church of Jesus Christ with Signs Following. Snake handling was a big part of his ministry. He and his wife Darlene were a volcanic couple—he was a drinker, she was alleged to have slept around with both members of Glenn’s congregation and even her own step-children. One night in October, Glenn snapped. He came home drunk, beat Darlene, then dragged her to the cage where his snakes were held and forced her hand inside. Not surprisingly, she was bitten. Then, Glenn forced her to drive around with him for awhile, while her hand swelled and gradually blackened. When they returned home, he forced her hand into the snake cage again. She was bitten a second time.

Fate was on Darlene’s side that night, however, because after the second snake bite, Glenn continued drinking and eventually passed out. Darlene was able to get to a phone to call her sister, and was rushed to the hospital. She survived, and Glenn Summerford was sentenced to ninety-nine years in prison for his crimes.

After Glenn Summerford went to prison, investigative reporter Dennis Covington did an in-depth report on snake handling at The Church of Jesus Christ With Signs Following. His award-winning nonfiction account of that world, Salvation on Sand Mountain, provides a fascinating glimpse into the men and women who attend these churches. In fact, Covington became so enamored with that world that he remained a member of the church for nearly two years, during which time he became a regular serpent handler himself.

Southern Cross contains a particularly harrowing incident with snakes Reverend Barnel uses as part of his church services, and it was a great—albeit occasionally disturbing—exercise trying to get inside the mind of a man so fervent in his faith that he believes nothing can harm him.

While these ceremonies seem like the kinds of things you’d more likely find in third-world countries, it’s interesting to note that it’s estimated that up to 15,000 believers still practice snake handling today. Though it is outlawed in many parts of the U.S., there is only a nominal fine involved ($100 – $150), and because religious freedom is invariably part of the mix, few churches or individuals are ever prosecuted—even when a death occurs.

Jen Blood is a freelance journalist, and author of the bestselling Erin Solomon mysteries. She holds an MFA in Creative Writing/Popular Fiction from the University of Southern Maine, and her work has been published in Down East, Bark, Pif, and newspapers and periodicals around the country. You can learn more about Jen and the Erin Solomon series by visiting her website, http://jenblood.com/.

8 comments on… “Thriller Thursday: Snake Handling Can Be Murder”

← Thriller Thursday: When the Killer Speaks

Sample Sunday: You Can Never Go Back Again →