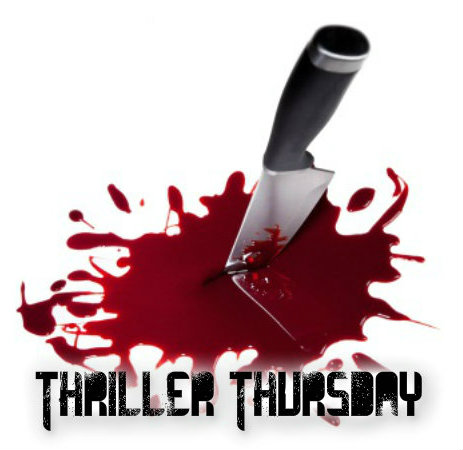 Serial September is coming to an end, and I’ve saved the creepiest post for last: serial killer groupies. Yes, they exist, and I bet there are a lot more of them than you imagined.

Ted Bundy’s name is enough to make most of us quiver. I remember his execution in 1989, and his was one of the first serial killer stories I ever read. The scariest thing about Bundy was his charm and good looks–he truly was the last guy you’d expect to be a coldblooded butcher.

Ted Bundy was incarcerated for good in February 1978 in Florida after killing two girls in their sorority house at Florida State University and later 12-year-old Kimberly Leach. He’d already escaped once, so the Florida prison made sure to keep a close watch on him.

Bundy’s charm and looks made him a media darling, and the fan mail from women poured in. Ann Rule, author of The Stranger Beside Me, said some of the women were frightened of Bundy but still viewed him as a romantic interest. Even worse, some of these women couldn’t get passed his charm and believed he was innocent. They supported him in person during his trial, and in the creepiest of twists, several of the women looked like his victim type of choice: long brown hair parted in the middle!

Carol Anne Boone began a relationship with Bundy and moved from Washington to Florida to be close to him. She believed in his innocence and testified on his behalf during the penalty phase of his trial.

Here’s where Bundy’s intelligence and ability to manipulate really kicked in. During his penalty phase, Bundy stood up and proposed to Carol Anne. He’d found a loophole in an old state law that allowed a declaration in court to constitute legal marriage. Carol Anne accepted.

Don’t worry. It gets creepier. She got pregnant and bore Bundy’s child. There is disagreement among experts as to whether she had conjugal relations or managed to smuggle his semen out of prison, but Carol Anne stood by Bundy for years, ignoring the teeth marks he’d left on a victim and his confession of killing more than 30 women.

It took her eight years to admit she’d been wrong.

In 2010, San Francisco Weekly ran an article about 19-year-old Samanth Spiegal. At the time, she was a fashion student in San Francisco with a dark resume of communication with several heinous killers. Spiegal had sent letters to Charles Manson, Richard Ramirez (the Night Stalker) and Richard Allen Davis, the man who murdered Polly Klass. All three men are on death row.

Prior to her contact with the death row trio, Spiegal was engaged to John Mark Karr, the man who falsely confessed to killing John Benet Ramsey.

Spiegal told San Francisco Weekly she had a two-year relationship with Karr, but that it ended after persuaded her to recruit children for a sex cult. She ended up in rehab and eventually sought a restraining order against Karr. Instead of learning her lesson, Spiegal sought out death row inmates.

Spiegal’s psychiatrist SF Weekly that “vulnerable women like Samantha often fall for more aggressive men who they think can protect them. Killer groupies often have violent inclinations themselves, she says, but they don’t act on them because it’s not accepted by society. “The men represent a part of the women that they can’t talk about…They’ve all had violent upbringings, and they’ve all been abused.” SOURCE

London has a storied career as a serial killer groupie. She dated (supposedly without knowing of his crimes) Gerard Shaefer, before he was convicted of two murders in the 1970s. He eventually confessed to killing between 80 and 110 women in an eight year span. Instead of abandoning Shaefer, London helped him publish supposed fiction that described crimes authorities suspected he’d actually committed.

She later got involved with Keith Jesperson, the Happy Face Killer, and then, Danny Rollings, better known as the Gainesville Ripper.

In 1990, Rollings stabbed two coeds in Gainesville Florida and then posed them for effect. He also killed an 18-year-old woman and left her decapitated body in her apartment with her head propped on a bookshelf. Two days later, he stabbed a male and female.

Despite the ironclad case against Rollings, London stood by him. In a book they cowrote, The Making of A Serial Killer, she supports his theory of being possessed by an evil entity. Rolling described his crimes in the book and experts have noted that London was either clueless or didn’t care about his obvious attempt at reliving his killings.

But London also profited from the killings. She persuaded him to write the book, and he turned all the rights over to her. They are no longer engaged.

So what’s the draw?

Sheila Isenberg has interviewed dozens of women who were serial killer groupies. Her book, Women Who Love Men Who Kill, profiles nurses, teachers, journalists, laborers, and housewives from a variety of backgrounds. Isenberg found only two common denominators: Catholicism and abusive childhoods.

The Catholicism is something that’s interesting to me, but I’m not an expert in religion, so I’m leaving that one alone. But the abusive childhoods come as no surprise. Obviously something has happened to these women to make them insecure and an offset of “normal” society.

Isenberg believes dating a man behind bars–one with zero chance of ever getting out–puts these women in a position of power, something they’ve never experienced before.

Forensic psychologist and author Katherine Ramsland states there are a number of theories as to why certain women are draw to these killers. Among them are:

There are many more serial killers who had groupies, including John Wayne Gacy, Richard Ramirez (the Night Stalker), and the Hillside Stranglers. There are websites devoted to serial killer merchandise and some murders even sell their own art to their “fans.”

What do you think? Could you have contact with a serial killer? Would you feel safer with him behind bars? Do you think these women attention seekers or in need of something more substantial?