We’re on week four of Thriller Extravaganza, and I’m excited to welcome one of my favorite authors, Allison Brennan. I could have asked Allison to write on just about any thriller related topic, but since I’m starting my own series and I’m selfish, I asked her to tell us about how she approaches creating a series. She’s giving away a copy of one of her books, so make sure to read and leave a comment.

And don’t forget to sign up for Thriller Extravaganza’s Grand Prize: a silver spot in one of Kristen Lamb’s WANA International blogging classes or a $25 gift card and a bag of healthy goodies from August McLaughlin. 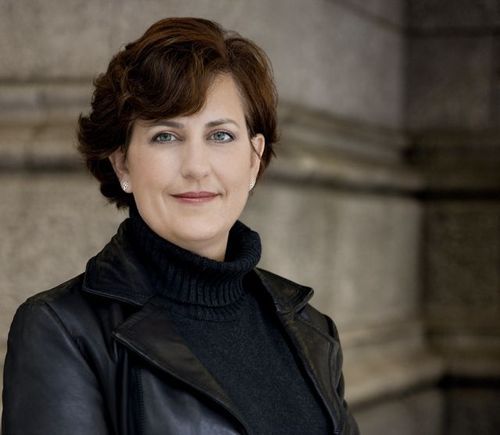 Until 2010, I always wrote in trilogies. Three books, very loosely connected, with a common theme or family of characters. For example, my “Prison Break” trilogy was connected by an earthquake at San Quentin that precipitated the release of some death row inmates. Each book was a stand alone romantic thriller stemming from that one event. My “No Evil” trilogy centered around the Kincaid Family, a close-knit Irish-Cuban family of (mostly) law enforcement. Each book stood alone as a complete story with a separate hero and heroine, but the books were all set in San Diego and the secondary characters were woven through the three books.

I didn’t plan to write in trilogies, but when I sold my debut novel The Prey, my publisher asked me to write two more connected stories. I decided to focus on three women who were at the FBI Academy together and now, ten years later, their individual pasts are coming back to haunt them.

I always wanted to write both a stand alone and a series. A stand alone because it’s completely self-contained. A series, because I can build on one character over time, both layering and deepening characterization. Readers like all types of stories, but it’s often a solid series that finds resonance in the mass market. Readers know Jack Reacher as well as his creator, Lee Child. They know Stephanie Plum as well as Janet Evanovich. And one of my all-time favorite series, the In Death series, by J.D. Robb, has the formidable and sexy Roarke and Eve Dallas.

When my publisher agreed to buy the Lucy Kincaid series, I was initially thrilled. I loved Lucy, and wanted to see how she’d overcome her brutal ordeal from Fear No Evil, the last of the Kincaid Family trilogy. I sped up time a bit, made her 25 in the first book, and on the cusp of becoming an FBI agent. I wanted to take her from the beginning of her career—through the academy—and into her first real assignment.

Then I became scared. How could I keep the series fresh and original? I didn’t want readers to become bored with Lucy or her boyfriend Sean Rogan; I didn’t want to write the same book over and over. I also feared that, over time, I would tire of writing in the same world. A true, traditional series takes the same core group of characters and puts them in different situations over multiple books. A connected series is usually built around the same world, but with different characters taking a lead role. Laura Griffin’s Tracers series is a good example of a connected series; J.D. Robb’s In Death series is a good example of a traditional series.

I had to make some choices early on: First, I tightened the timeframe. For example, though the first seven books will be published over a three-year period, only 11 months will have passed in Lucy’s world. Each book takes place anywhere from 3 weeks to 3 months apart. The primary reason is that I wanted all the major events to be part of the series. Also, I didn’t know when some of the books would be published, so I didn’t keep them true to real time. And mostly, I wanted to show Lucy’s growth during the pivotal years as she begins her career as an FBI Agent.

Michael Connelly successful wrote Harry Bosch in real time, so he aged in real time, and the stories took place a year apart (or however long his publishing schedule was for that series.) Lee Child writes out of order—some of his books take place in Reacher’s past, for example, so they’re not published in chronological order. And in J.D. Robb’s In Death series, I believe only 18 or so months have passed over 30+ books.

Other choices I had to make dealt with reader expectations. Because I write primarily romantic thrillers, and the first few Lucy books were published as romantic thrillers, I needed a love interest for Lucy who stays for the series. Reader expectations are important because if you mess with the readers, you’re toast. I decided that Sean Rogan was the perfect guy for Lucy as soon as I wrote him in an early book, Cutting Edge, where his brother, Duke, was the hero. I had to figure out how to get him out to DC, and which Kincaid’s would be part of Lucy’s series, and which would be completely off-page. I also needed to build Lucy’s world – what has she been doing for the seven years since the events in Fear No Evil? How did they change her? Strengthen her? What are her fears that will play a part in the series? Her strengths?

The difference in reader expectations plays a part in a new series I’m developing around Maxine Revere, an investigating crime reporter. This will be a thriller series, so I can play around more with relationships and don’t have to “pick” a romantic interest right off the back … though there will certainly be one (or two or three) that may be possible. The series is more about Max and the crimes she investigates, as well as her relationships with her staff and friends and, yes, the men she’s involved with.

The hardest part of writing a series, for me, is knowing how much to share in each book without being boring to continuing readers (or “telling” too much back story) but also giving enough information so new readers won’t be lost. It’s a delicate balance that I don’t know if I’ve mastered, but I’m constantly striving to find the right balance. My former editor gave me some great advice early on: give as much information as necessary for readers to enjoy THIS book. I think about that often!

For anyone considering writing a series, remember that character is the most important thing. Not just your protagonist, but the supporting cast. You want readers to want to return time and time again to see what your characters are up to!

What is one of your favorite book series, and why? Everyone who comments (even just to say hi!) will be put in a drawing for one of two giveaways, winner’s choice. You can pick either a signed, print copy of Silenced, the most recent Lucy Kincaid book (or the first book, Love Me to Death), or you can pick digital copies of Silenced AND my stand alone romantic suspense novella, Murder in the River City.

Allison Brennan is the New York Times and USA Today bestselling author of nineteen novels and many short stories. The next Lucy Kincaid thriller, Stalked, will be out on October 30. She lives near Sacramento, California with her husband, five children, and assorted pets.

Thanks so much to Allison for this great post! She’s got some vital point in here that I hadn’t considered the past few weeks while working on my own series. Please leave her some love and give yourself a chance to win a copy of one of her books.