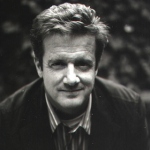 I’m VERY honored to have Bob Mayer guesting today. His knowledge of the industry and willingness to share makes his blog a must read. In a publishing environment that’s in constant flux and often fraught with arguments over traditional vs. indie, Bob keeps a cool head and always puts the author first.

Thanks so much for guesting today, Bob!

Authors: Which Do You Value More: Bestseller lists or profit?

Most authors are very focused on bestseller lists.  Most of us want to say Joe Scmho, Blah-Blah Bestselling Author.  The blah blah tip is the NY Times List.  Actually, a handful get to say:  #1 NY Times Bestselling Author, which is the tip of the tip.  And then within the NY Times you’ve got a sliding scale:  Printed list or extended list?  The printed list is what appears in the paper.  The extended list can be found on-line.  Do you know how antiquated the NY Times list is?  It’s always been skewed. It’s two weeks late by the way!  Does the Times own a computer? Connected to the Internet?  They’ve been reporting the list the same way now for decades.  And it’s based on reports from stores, not actual sales.  One time I had the #4 bestselling fiction mass market title on USA Today and didn’t even hit the Times extended list.  Then I had a book on the Times list that never touched USA Today.  So which reality are they operating in?

Also, quite frankly, publishers can put enough co-op money and push behind a title to practically jackhammer it onto the list.  I saw an author become the infamous #1 NY Times hardcover in January and virtually disappear in a couple of weeks which says to me there was a hard push, then sales dropped precipitously.

I remember sitting at lunch years ago with several authors at the Maui Writers Conference.  We were discussing the business and I started talking about dollars and every author just about spit their iced tea out.  They said NO writer talks about actual dollars.  But they were also very happy to finally let the beast out of the closet and talk about contracts and real dollars.  Because it was their livelihood and for their entire career they had been working in the dark trying to figure out what they were worth, what their books were worth, what their time was worth and what their writing was worth.  But it was all hidden under a bushel.

There are quite a few indie and trad authors making a very nice living and they never hit the bestseller lists.  To them, I say, take satisfaction in that you get to do what you love and don’t worry about the ‘validation’ of lists that are vague at best.

Because not a single bestseller list focuses on earnings.  And that is a fatal business flaw as any MBA, or person with a business sense, will tell you.  Especially with the tidal wave of eBooks.  Let’s walk through a practical application of this.

A certain author sells 1 million eBooks. Woohoo!  At .99.  Well, okay.  But it’s a million.  I grant it’s a brilliant marketing move.  For the first person who did it.  For the rest, sorry, it’s not that unique any more.  A million eBooks on Amazon at .99, where each earns a little over .29.  Ultimately around $297,000.  Not chump change.  Except the guy in the next cubicle who sells 100,000 eBooks at $4.99, one tenth of that all important number, earns $349,300.  Huh?  Yet which one does the publishing world focus on?  The units sold.  However, which, ultimately, is the more important number?  You can’t pay employees with units sold.  You pay them with earnings.

Bad business.  Because at the end of the day we have to pay the rent/mortgage, the utilities and our business expenses.

Look at Publishers Lunch, which announces deals.  We know agents and publishers never give exact figures to PW.  So it labels them with terms:  good, nice, yada yada.  Except how many books?  What rights?  What royalty rates?  Which exact end from the low end to high end does the deal actually hit?  Ask anyone.  Big difference if they get the top number or the bottom number.

I know that we’re not going to shift to reporting actual dollar figures.  But I think as authors we need to be aware that believing in numbers with such a high degree of variance once you get into the details as our measuring stick has inherent problems.  I took some courses in psychology on statistics and how they can be skewed.

I know, it’s all we have. The key to success in digital publishing is not the immediate success and the bestseller list.  It’s the long tail, a broad base of titles, and consistent sales over the years.  Where bestseller lists really count is on Amazon if you get on that first page for your genre.  That’s called discoverability.

What do you guys think? What’s more important to you? The money that goes into your bank account or the status of being called a best-selling author? What’s going to make you more successful in the long run?