A controversial concept, Battered Woman Syndrome is a model that was developed by Dr. Lenore E. Walker to describe the mindset and emotional state of a battered woman. A battered woman is a woman who has experienced at least two complete battering cycles as described in dating and domestic violence. —RAINN 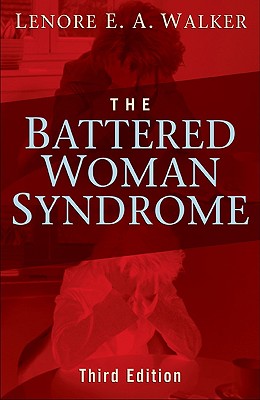 I can’t fathom physical or sexual abuse, period, let alone at the hands of a spouse. I can only imagine the emotional trauma a victim goes through: the fear, low self-worth, the self-hatred, the hopelessness. It’s something no human being should ever endure.

According to RAINN, the nation’s largest anti-sexual violence organization, there are four general characteristics of Battered Women’s Syndrome.

But is Battered Woman Syndrome a justifiable murder defense?

In 2011, Barbara Sheehan went on trial for shooting her police officer husband, Raymond, 11 times. Barbara said she endured twenty years of verbal and physical abuse until the day in 2008 when she ended her husband’s life.

She fled to a friend’s, and when she returned home, she found Raymond in a rage in the bathroom. She grabbed one of the guns he kept at home in the hope that he wouldn’t shoot her if she had the gun.

“He said he was going to kill me. So I shot the gun I had in my hand. He had the big gun, I had the little gun. I don’t know how many times I shot it. I couldn’t aim it. I just shot. I never shot a gun before. I didn’t intend to kill him. I just wanted him to stop and not kill me.” — Barbara Sheehan

Sheehan stated she never reported the abuse because her husband convinced her none of the police officers would believe a cop’s wife. Her daughter testified in her defense, stating her father constantly threatened her mother’s life and abused her.

The jury disagreed. Barbara was acquitted on October 7, 2011.

While Barbara is one of a number of recent acquittals due to Battered Woman’s Syndrome, Judy Norman’s story ends quite differently.

In North Carolina in 1988, she shot and killed her husband, John, while he was sleeping. An autopsy revealed three gunshot wounds to the head and a .12 alcohol level in John’s system.

Judy told police her husband had been beating her all day and made her lie on the floor while he slept on the bed. As he slept, she went to her mother’s house, took a pistol from her mother’s purse, and went back home. She pointed the pistol at John’s head; it jammed, she fixed it, and fired. Judy told officers she’d taken all she was going to take from John, so she shot him.

Married for twenty-five years, Judy said her husband’s abuse began about five years into their married and was caused by his heavy drinking. She described assaults including slapping, punching, kicking, and striking her with various objects. Judy said her husband put his cigarrettes out on her, threw hot coffee at her, and broke glass against her face. She had no evidence of medical treatment, but she did have several scars. She also said her husband didn’t work and forced her into prostitution, that he often called her a dog and whore and sometimes forced her to eat dog food out of the pet’s bowls.

Judy Norman was convicted of manslaughter and sentenced to six years. Her case was appealed, and the Court of Appeals reversed, accepting Battered Wife’s Syndrome and stating the jury could have found her actions justified as an act of perfect self-defense. However, the North Carolina Supreme Court ruled that because imminent peril did not exist at the time of the murder, her previous abuse, however vile and factual it was, didn’t represent a valid self-defense claim. The court said she had ample time and opportunities to resort to other means.

Judy had gone to the police and various social workers many times. Those “other means” all failed her.

So Judy, despite abuse that was every bit as horrifying as Barbara’s, served six years essentially because of WHEN she shot her husband. Is this right? I don’t have the answer. Yes, to take a life is wrong, but when a woman is battered, emotionally and physically, when she feels she has nowhere else to turn, is it possible killing her abuser is legally justified?

Battered Woman Syndrome is a form of PTSD, and those who suffer may not have the ability to face their accuser or seek help as most of us would. So they turn to the most basic of self-defense – killing the person who’s hurting them. I’ve no doubt both Barbara and Judy felt their only chance at survival was to kill their tormentor, and isn’t survival the most basic of human needs?

What do you think about Barbara and Judy? Were they legally justified in their self-defense? For all its controversy, is Battered Woman Syndrome a legitimate defense?

Want more Thriller Thursday, giveaways, and secrets of INTO THE DARK? Then sign up for my newsletter, Twisted Minds and Dark Places.